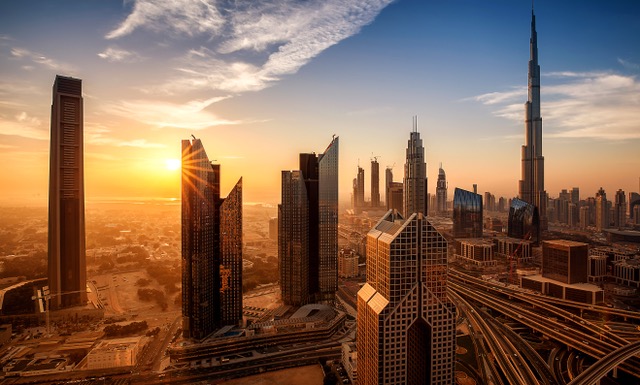 Since the introduction of its Anti Dumping law in 2017, the UAE has recently imposed anti dumping duties again to tackle goods dumped on the UAE market. Even though many countries have had a legal framework in place to take such measures since a long time, the UAE only adopted Federal Law No. 1 on Anti-dumping, Countervailing and Safeguard Measures in 2017.

This law implemented the 2011 GCC Common Law on Anti-dumping, Countervailing and Safeguard Measures. The law only applies to trade practices by non-GCC countries and not between GCC States.

Dumping occurs when goods are exported to the UAE at substantially lower prices than the sales price in the country of export. The sellers can for example offer these lower prices because of subsidies or other financial support provided by the government of the exporting country.

In a wider perspective, as illustrated by the US-China trade war, countries are increasingly looking at trade measures to tackle trade imbalances. In 2015, the US decided to impose a 500% antidumping duty on Chinese steel.

In January 2019, the UAE Cabinet decided to increase customs duties applicable to rebar and steel coils from 5% to 10% as a means to provide trade protection to iron producers in the UAE. This article discusses the provisions of the mechanics of such trade measures in the UAE.

Dumping measures are taken after a complaint by the UAE industry or the minister. The complaint demonstrates the link between imports and similar domestic products and the damage caused to the domestic industry.

If the complaint is accepted, an investigation will be started and notified in the Official Gazette and UAE’s top two newspapers.

An Advisory Committee will send questionnaires to interested parties to obtain essential data, notify the countries concerned, inspect the exporter’s facilities, hold public hearings and prepare a preliminary report before making a decision.

The investigation will be terminated in cases the complaint is withdrawn, the dumping margin is less than 2% of the export price, the volume of imports is less than 3% of the total imports or if there is insufficient evidence to support the dumping claim.

What is the damage?

The damage can be demonstrated by an increase in the volume of imports which leads to a significant depressing or suppressing effect on domestic prices.

The dumping margin is the fair comparison between the normal value and the export price of these goods. This will be the base for levying anti-dumping duties or alternative measures.

The normal value is the comparable price at which the goods under complaint are sold, in the ordinary course of trade, in the domestic market of the exporting country. The export price is the price at which goods are exported to the UAE. It is generally the value at ex-factory level.

The investigation will be suspended or terminated if the exporter is willing to increase prices or cease exports at dumped prices.

The final decision of the investigation will either include the termination of the provisional measures or the imposition of a definitive measure. A definitive measure will be in the form of a duty valid for a maximum of 5 years or until the damaging effects of dumping have been eliminated (or any other trade measure).

The anti-dumping duty on imports of car batteries from South Korea is a prime example of a definitive measure imposed by the UAE since the introduction of the law. The duty remains effective for 5 years starting from 25 June 2017 onwards.

The Advisory Committee will review these measures to ensure that they have the desired effect on the domestic economy. A review will also take place on the need for imposing anti-dumping duties for new exporters of like goods from the same country.

Effect on customs valuation and VAT