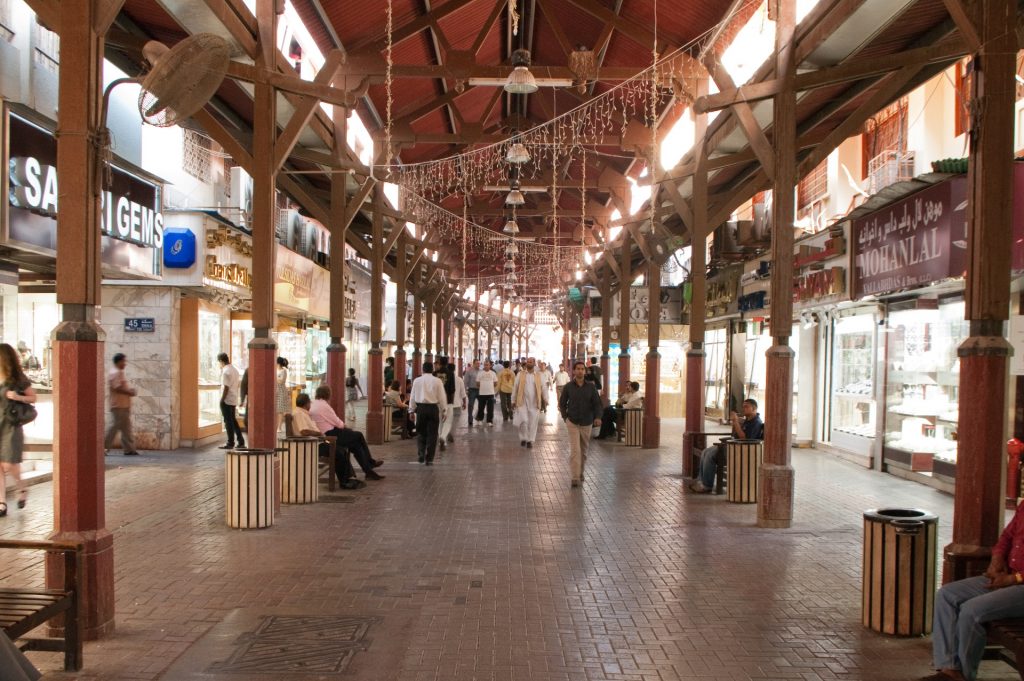 The UAE cabinet “adopted a law to introduce the VAT Reversed Charge mechanism for
investors in gold, diamond and precious metals,” the official news agency WAM announced May 1.

Under the reverse charge mechanism, VAT on wholesale transactions is recorded in business accounts without any actual payment. This is intended to ease cash flow without affecting the retail purchaser’s final tax liability.

“The law includes investments in precious metals such as gold, silver and platinum, used in trade in accordance with internationally accepted standards with a purity of 99 percent or more,” WAM said.

The introduction of VAT caused wholesale gold sales to slump by half in the first
quarter of 2018, leaving trading spaces vacant in Dubai’s historic jewelry souk for the
first time in years. Jewelry executives were among the few groups in the country to warn publicly last year about the negative impact it would have on their business.

VAT was introduced in the UAE and Saudi Arabia on Jan. 1, with the four remaining Gulf Cooperation Council countries expected to follow by Jan. 1, 2019.

“A lot of companies didn’t sell for the first 20 days after the VAT came in,” Chandu Siroya, vice chairman of the Dubai Gold and Jewelry Group told an industry conference in April.
Key Sector
Business leaders who have lobbied the government to mitigate the impact of VAT said they were awaiting the text of the legislation, which wasn’t published. “The industry needs to read the actual law before being able to comment,” said a spokesperson for the Dubai Multi Commodities Center (DMCC).
The gold, diamond, and precious metals sector is one of the most important sectors for the economic diversification that is expected to bring significant growth in the coming months, according to WAM.
The UAE is the world’s third-largest diamond wholesale market after Antwerp and Mumbai, according to the Dubai Diamond Exchange. Diamonds and gold in 2017 made up nearly a quarter of Dubai’s total non-oil foreign trade of 1.3 trillion dirhams ($353.9 billion), according to government figures.
Dubai’s gold trade in 2017 was 159 billion dirhams and its diamond trade 105 billion dirhams, according to government figures. Femand for gold in the UAE fell in 2017 to a 20-year low, according to World Gold Council data.
No Tax Savings?
The tax change will make it easier for businesses but it won’t affect the sale price of diamonds, said Thomas Vanhee, founding partner at Aurifer tax advisers in Dubai.
“This is not going to be a tax saving for anyone,” Vanhee said May 3. “You’re going to have less consequences in terms of cash flow for the sellers.”
Retail customers taking their purchasers abroad will be able to recover the tax when the government finalizes the mechanism for tourists to reclaim VAT at the airport, Vanhee said.
The government is also considering adding the Almas (“Diamond”) Tower in Dubai, which houses the DMCC, to its list of tax-free designated zones.