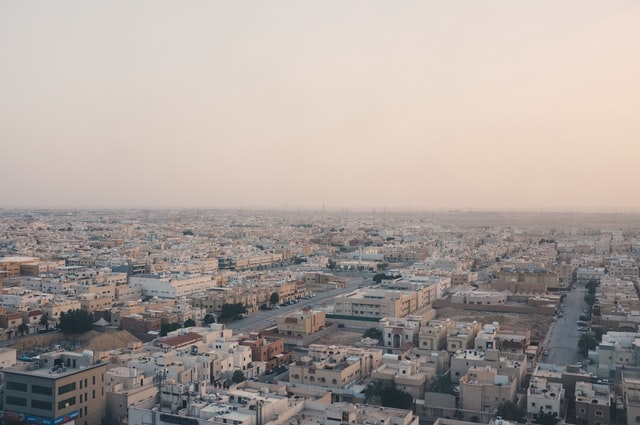 In this article the authors discuss common structures which are set up by non-GCC businesses to invest in KSA. Sometimes these structures have as a primary or secondary objective to optimize their overall tax liability in KSA. These structures are subject to increasing risk and should be disclosed if they led to an underreporting of corporate income tax in KSA. Managing this risk and the associated exposures is now possible at reduced cost thanks to a new tax amnesty program which was recently announced by GAZT.

In the Kingdom of Saudi Arabia (“KSA”), there are two types of direct taxes. The first is referred to as Zakat, which is a (quasi-) taxation on Saudi individuals and companies based on the concepts of Islamic law. The second is a traditional Corporate Income Tax (“CIT”) levied on profit.

In order to determine whether a company is subject to Zakat or CIT, the shareholding structure must be analyzed. Companies which are fully owned by KSA or GCC nationals [1] are subject to Zakat. Where a company is owned by both non-KSA and KSA investors [2], the portion of taxable income attributable to the non-KSA interest will be subject to CIT [3], and the proportion which relates to the interest held by the KSA or GCC national goes into the basis on which Zakat is assessed.

Zakat is assessed at 2.5%, whereas the CIT rate is 20%. However, the base for the calculation of Zakat [4] vastly differs from the tax base for CIT purposes [5]. Generally, the total direct tax liability of a business in KSA is lower when it is subject to Zakat, compared to when it is subject to Corporate Income Tax. Much depends however on the profitability of a business, and its assets and liabilities.

In situations where it is deemed that the overall tax liability would be lower under the Zakat regime as compared with an effective taxation under the CIT regime, businesses have sometimes implemented corporate legal structures mainly aimed at circumventing applicable KSA foreign ownership restrictions to benefit from a favorable tax treatment as described above. However, such corporate structures are likely to be successfully challenged by GAZT as they do not reflect the economic reality and the spirit of the provisions set out in the KSA CIT laws and regulations.

A common example of a structure which could be used for such purposes, is to set up a foreign holding company (“HoldCo”) which holds the shares of one or more companies with operations in KSA. In these structures, the majority or all of the shares in the HoldCo are (nominally) held by GCC nationals on behalf and to the account of the foreign investor, but the economic interests and other rights of the foreign investor are usually substantially protected through ‘side agreements’ or, more robust alternative structures whereby the GCC nationals agree, among other things, to waive all economic and legal rights to receive dividends, to exercise votes, and to receive any proceeds of the sale of the shares. The GCC nominees surrender these in favor of one or more foreign investors who are registered as legal minority shareholders, or perhaps not registered at all.

The above mentioned structure has the effect of optimizing the overall tax liability of the operational company in KSA, since it will for the most part be liable for Zakat as opposed to the generally less favorable CIT regime. However, we set out below the potential risks and issues with such structures which may be potentially challenged by GAZT.

Tax evasion or other purposes

The structure can serve different purposes, such as managing certain restricted activities in KSA. The structure, or its equivalent, has been in place for many years and only seems to have come in focus of GAZT in the last few years.

Up until recently, we also had no explicit formal and public standpoint from GAZT on the matter, although in informal communication and in individual files the structure was challenged. This changed recently when, on its website, GAZT has announced that manipulation of ownership of shares for the purpose of reducing the CIT or Zakat liability of the company qualifies as tax evasion [6]. It should be noted, however, that the KSA CIT legislation does not define what exactly is to be considered as ‘manipulation’ of ownership of shares.

Based on the above interpretation by GAZT, we are of the view that the use of a side agreement or other similar agreements or structures designed to create a tax advantage by way of having a discrepancy between the legal and economic ownership (as described above) is likely to fall within the scope of tax evasion, provided that it has the effect of lowering the overall tax liability of the company in KSA.

The qualification of the so-called ‘manipulation’ as tax evasion is significant, because it implies that the normal statute of limitations will be extended. Instead of five years, GAZT would have ten years to issue or amend an assessment [7]. In addition, penalties up to 25% of the unpaid tax may be imposed by GAZT [8].

GAZT has an increasing numbers of tools at its disposal, both formal and informal. Historically, it relied much on informal tools and anecdotal discoveries.

The informal tools were the informal exchanges between the KSA and foreign tax authorities. Although these cannot constitute the basis for an additional assessment, they did provide valuable information. The complexity though was that data was not always available or is sometimes scattered (e.g. in the UAE between different authorities).

Double Tax Treaties generally also provide the basis for a broad exchange of information provision. KSA can therefore request information to the foreign Ministry of Finance.

For the bigger international companies, the country by country reports (CbCr) filed can be a source of information. Since these should follow the economic realities reflected in the financial statements, a 100% nominally GCC held business with a side agreement would not feature in the CbCr report of the GCC shareholders (if they need to file one).

The local country files, also compulsory in KSA, except for 100% Zakat payers, may also provide some information.

GAZT is allowed to re-characterise any transactions whose form does not reflect its factual substance and status. With some imagination, GAZT may also estimate a formal Zakat payer’s liability with respect to Corporate Tax thus shifting the burden to the tax payer to demonstrate the contrary.

It is not easy to untangle such structures. It requires at a minimum a change of ownership, e.g. of the Holding company or the set up of a new company. Often the structure is amended or disclosed through informal proceedings with GAZT. Upon disclosure, GAZT will impose discretionary penalties.

Taxpayers who are using (similar) tax optimization structures such as the ones that have been discussed in this article should consider making a Voluntary Disclosure to GAZT during the Initiative Period (18 March 2020 to 30 June 2020) in order to benefit from a waiver of penalties under the tax amnesty program.

With increasing detection risks and awareness at GAZT, we highly recommend to revisit the structures put in place in the past to mitigate their risks and get a tabula rasa with the KSA tax authorities.

[1] Citizens of the Gulf Cooperation Council (“GCC”) are considered as Saudi nationals for KSA tax purposes.

[2] In principle there is no minimum Saudi ownership requirement, however there are restrictions with respect to certain regulated activities banking, financing, insurance or regulated investment activities.

[4] The computation of Zakat is complicated, but it is essentially an assessment on net income or net worth. Zakat can either be calculated through the direct method (net of Zakat able assets method) or the indirect method (sources of funds method).

[5] Broadly speaking, CIT is assessed on net profits, i.e. taxable income minus deductible expenses (articles 8 – 21 of the Saudi Arabia Cabinet Decision No. 278/1424 On the Approval of the Income Tax Law).