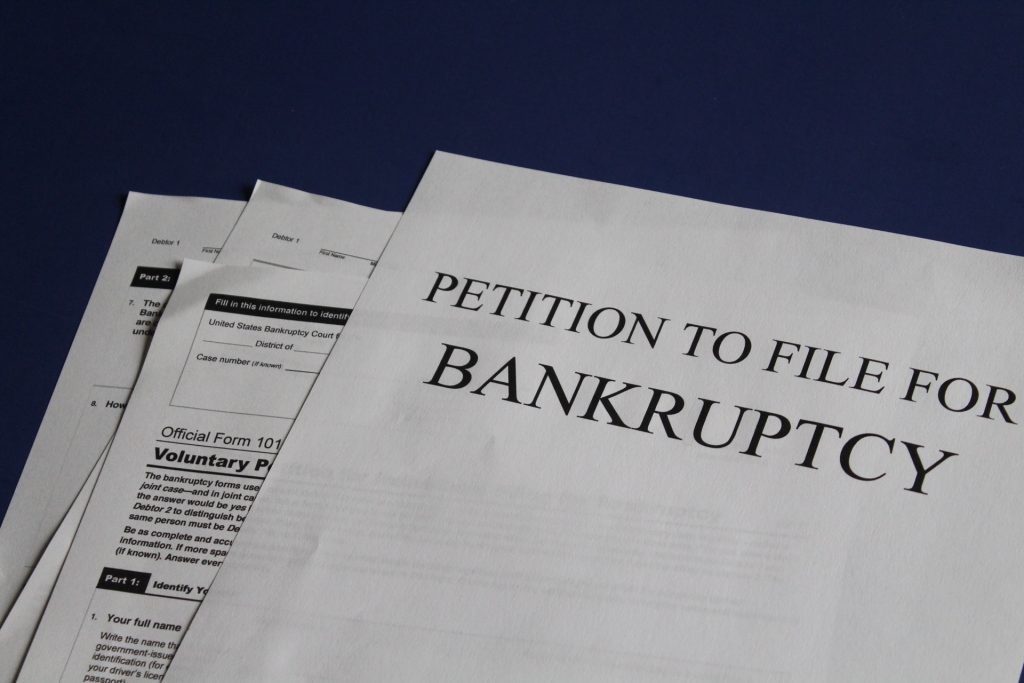 Blockbuster bankruptcies and tax in the Gulf

The UAE and the wider GCC in recent times have seen a few blockbuster bankruptcies with the downfall of Abraaj and Drake & Scull undergoing substantial restructuring to name just a few. As debt management becomes a greater area of focus, so do the tax consequences of debt management. The writing off of receivables, the transfer of receivables and insolvency, bankruptcy and liquidation all have important consequences from a tax point of view.

Tax due to the tax authority

Tax payers who file their tax returns but do not pay their tax to the tax authority are faced with stiff fines. The obvious objective is to discourage non-compliance. The UAE is notorious for imposing the highest late payment penalties for tax purposes, which can go up to 300% of the tax due in the case of the UAE (Cabinet Resolution No. 40 of 2017 on Administrative Penalties for Violations of Tax Laws in the UAE – Table 1). The penalties in Bahrain and KSA are also steep and are very similar. The penalties depend on the type of tax liability, with for example KSA not harmonizing penalties for corporate tax and VAT.

With such high penalties imposed, they sometimes result in financial hardship. In KSA, a tax payer who finds himself in financial hardship can request an installment plan (article 71, 1 KSA Income Tax Law), but will still be subject to 1% late payment penalties per month (article 77, 1 KSA Income Tax Law). The late payment penalties for VAT purposes are higher in KSA (5% for each month).

However steep the fines may be, if the tax authority is not a secured or preferred creditor, it stands a much lower chance of its claim being settled. For example, the UAE Federal Bankruptcy law nor any of the UAE tax laws list tax claims as preferred claims (only amounts due to government agencies constitute privileged debts – article 189, 1, d UAE Bankruptcy Law). The UAE’s FTA can withhold a credit though when there is still a debt (article 35, 2 FTP Law). The Kuwait Income Tax Law on the contrary foresees that taxes and penalties constitute preferred debt over all other debts, except for salaries, wages and court expenses (article 40 Kuwait Income Tax Law).

In most Western jurisdictions, the tax authority is a preferred and high ranking creditor. Interestingly, the UK only recently added its tax authority, HMRC, as a secondary preferential creditor.

Although both KSA and UAE have largely exceeded their objectives in terms of the income generated by VAT, in the longer run, since VAT generates a lot of revenue, they may lose out on some revenue do to insolvencies and bankruptcies.

Tax due on receivables

Potentially, a business comes into dangerous financial waters due to its customers not paying or not paying on time. Some sectors in the GCC, such as the construction sector, are notorious for paying late. Sometimes this may lead to liquidity crises and eventually the bankruptcy of a business.

When the tax payer has paid VAT already to the tax authority, it may benefit from so-called bad debt relief and receive a refund of the output VAT it paid.

Generally, a VAT refund is available where the supplier has accounted for output VAT before receiving payment from his customer and the debt becomes bad or doubtful (hence “bad-debt relief”). Bad debt is the debt that is unlikely to be paid, for example, because of the probable or actual financial failure of the debtor. Bad debts are also generally deductible for direct tax purposes.

The general rules for bad debt relief also apply where the customer becomes bankrupt. Under the bad debts adjustment scheme, creditors will be allowed to reduce the output liability in the VAT return. However, for creditors to claim relief under bad debts scheme, there are a set of conditions, which the creditors have to meet. These conditions are usually similar (and do not apply when accounting for VAT is done on a cash basis):

–    The creditor has (partially) written off the receivable

–    A certain amount of time has passed since charging VAT (e.g. More than six (6) months have passed from the date of the supply according to Article 64 of the UAE VAT law).

Sometimes, it is required that the creditor has informed the debtor that the receivable has been written off. This counterintuitive logic may potentially worsen the issue, since the debtor will not feel particularly motivated to settle the debt after all.

In KSA, for the bad debt relief to apply to amounts in excess of 100,000 SAR, formal legal proceedings need to have been made to collect the tax (article 40, 7 KSA VAT Implementing Regulations).

The refund claim is made in the VAT return and no separate invoice is needed to claim the bad debts from the tax authority.

If as a result of the bankruptcy proceedings, or the improved insolvency of the tax payer, the debt is eventually paid by the debtor, then the creditors will be required to repay to the tax authority the VAT that had been refunded by the tax authority. If partial payment is received then only a proportion of the debt may be claimed.

The bad debts scheme helps the tax payer on the output side, however if the tax payer does not pay his vendors, he may suffer additional adverse financial consequences described as below.

From a direct tax point of view, the mere write off is sufficient to deduct the doubtful receivable from the taxable income of the tax payer (see e.g. article 14, 1 of the KSA Income Tax Law or article 55, 5 of the Omani Income Tax Law).

Generally, VAT charged to a tax payer can be deducted from the output VAT the tax payer has charged. Usually such a deduction is not linked to the actual payment to the supplier. It is foreseen in the EU VAT directive, the basis for the VAT system in the GCC, only as an option (article 167a Council Directive 2006/112/EC).

Bahrain and KSA followed the EU model. However, if a tax payer does not settle his debts, he needs to correct his input VAT deduction (article 46, A, 3 of the Bahraini VAT law and article 40, 10 of the KSA VAT Implementing Regulations).

The suppliers are required to pay the VAT to the tax authority even if they have not received the consideration from the debtor due to insolvency. This is because the time of supply rules do not take into account payment, unless for advance payments. Only KSA has cash accounting rules for VAT (article 46 KSA VAT Implementing Regulations).

If the customer, the debtor, has already recovered the input VAT on the basis of the tax invoice but eventually fails to pay, he needs to repay the deducted input VAT.

From a direct tax point of view, a natural person or legal entity in KSA is allowed to use a cash basis method instead of the accrual method for this accounting (article 23, 3 KSA Income Tax Law). In Oman and Qatar, the authority can allow a different method of accounting than accrual (article 12 Oman Income Tax Law and article 6 Qatar Income Tax Law).

So-called “haircuts” can be voluntary or imposed by a tribunal. They constitute a proportional reduction of the debts of a company in order for the company to try to continue its business unburdened by its debts.

Such haircuts can impact taxes due and payables. If the tax authority is not a preferred or privileged creditor, it will simply undergo the haircut and therefore need to make write offs.

Transfers of receivables constitute a good way of improving the liquidity of a business. Whenever a business transfers a receivable worth 100 $ face value in his books for a value of 90 $, he accepts a write off for 10 $. From a direct tax point of view, such a write off will reduce the tax liability.

When the transferred receivable also has a VAT component, matters become more complicated. A logical consequence of the write-off would be that the transferor can recover the output VAT paid on the balance. In the example above that means recovering output VAT on 10$. This VAT regime, like in other jurisdictions, is not always clear and is subject to interpretation and many rulings.

Although clearly no supply is made by the transferor, i.e. he is not supplying the transferee with a service but merely transferring a receivable in his books, tax authorities will sometimes consider this a supply. The UAE for example considers the transfer of a loan portfolio as an exempt supply (p. 28 FTA’s Financial Services VAT guide). This has the necessary consequences from the viewpoint of the input VAT deduction.

With respect to factoring however, for factoring with recourse, Bahrain and KSA adopt the position that assigning the receivable is an out of scope transaction. The UAE has not made its position explicit.

None of the GCC countries so far have taken a stance on a transfer of the right to claim the reimbursement of VAT on transferred bad debts, although this is an important financing component which can impact margins in an important way.

Administration of insolvency, bankruptcy and liquidation

When a company is struggling financially, it may become insolvent and seek protection from its creditors. It may end up in administration, and potentially in bankruptcy and liquidation. Such procedures can be taken at the initiative of the businesses, its creditors or a third party (e.g. the public prosecutor).

The aspects of insolvency, bankruptcy and liquidation as such are generally not regulated in the tax laws. Instead, as a separate set of legislation, they will impact the tax legislation.

The impact of these sets of legislation on the compliance of a business as such as limited. A business becoming insolvent or going bankrupt does not have a different status vis-à-vis the tax authorities. It continues as a regular tax payer. The same to a certain extent holds when a business goes into liquidation, with the difference that it is the intention to close the business and therefore also reduce the taxable supplies of the business. This means that the business eventually needs to deregister for VAT purposes and potentially make a self-supply. From a direct tax point of view, once the business ceases to exist, it has no tax obligations anymore, apart from a final tax return.

What is required though is that the tax payer communicates to the tax authority that it can no longer be legally represented by its usual legal representative, but instead now has an administrator, a bankruptcy trustee or other managing its tax obligations.

In the UAE, a legal representative needs to give a formal notice to the FTA within twenty business days from the date of appointment along with the evidence of the legal basis of his appointment. Penalties are imposed on the legal representative in the event of failure to inform the FTA in the given timeframe or failure to file the tax return in the specified timeframe. Penalties would be due from the legal representative’s own funds in the event of default. KSA foresees similar provisions, however less strict (article 77, 5 KSA VAT Implementing Regulations). In Oman such a person becomes the principal officer of the organization (article 6, 2, e Omani Income Tax Law).

With some uncertainty governing the tax framework of doubtful receivables and bad debt, the different tax authorities will have an important role to play in defining it for financing transactions or in the framework of insolvency proceedings.

Forgetting about the VAT refund procedures or the possibilities for write-offs to impact your direct tax liabilities may prove costful. Suppliers claiming bad debt relief may actually worsen the situation of the debtor.

Given the international economic climate, it is a matter of time before businesses in the GCC are confronted with another blockbuster bankruptcy. Governments and private creditors alike should prepare for the scenario, not just to anticipate a loss and its tax consequences, but also to monitor their liquidity.