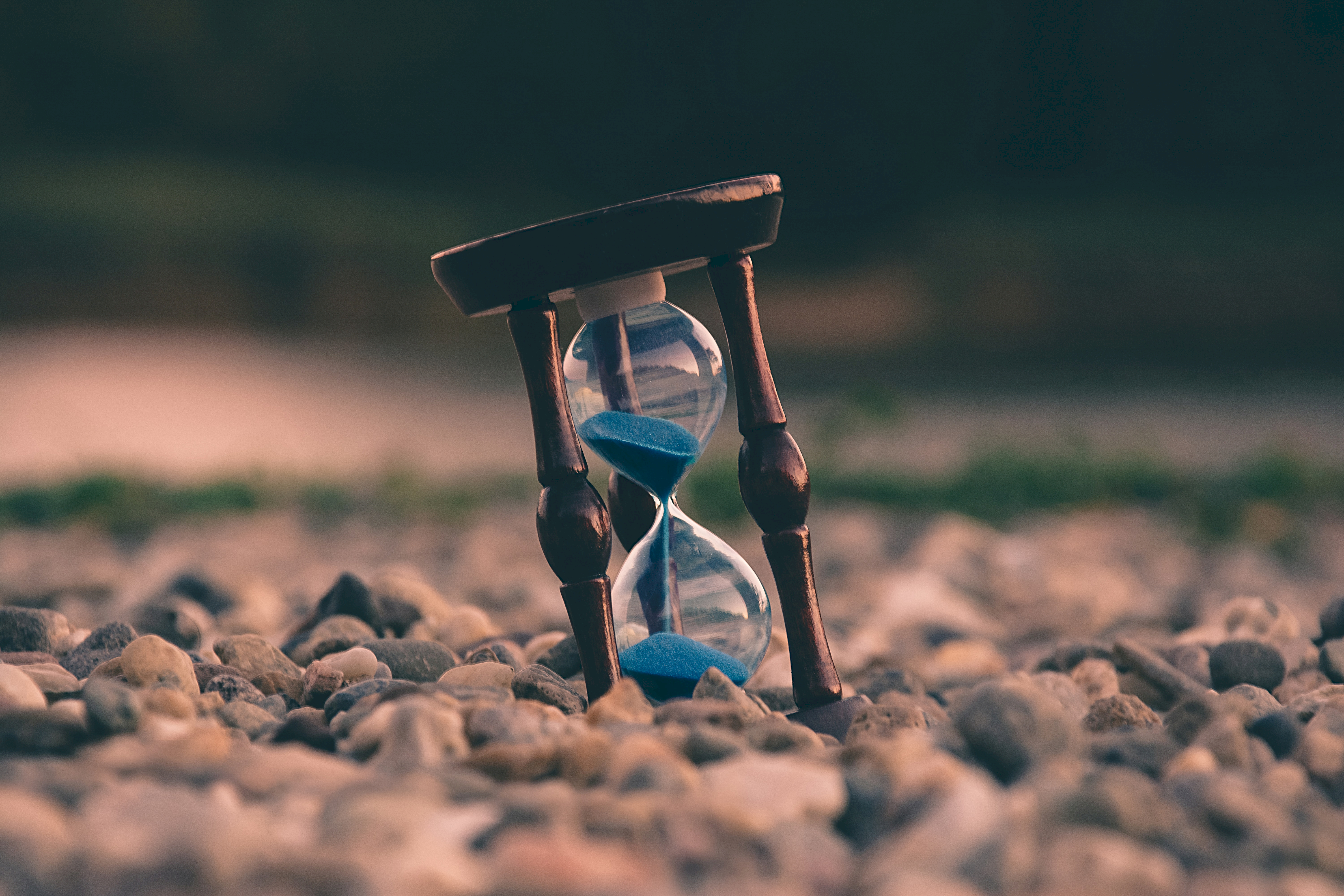 Almost 5 years down the line for VAT in the GCC – what’s next?

Almost 5 years down the line for VAT in the GCC  – what’s next?

As we approach 31 December 2022, the UAE and KSA will be celebrating 5 years of applying VAT. A rollercoaster ride for many in the region, authorities, advisers and in house tax managers.

We wrote in 2017 about the challenges of drafting VAT legislation in the GCC before its implementation (https://aurifer.tax/news/the-challenges-of-drafting-tax-legislation-and-implementing-a-vat-in-the-gcc/?lid=482&p=21).

We pondered whether the GCC was potentially going to be far ahead of other jurisdictions because of the Electronic Services System (“ESS”) the GCC VAT Agreement was going to implement, foreseen in article 71 of the Agreement (https://aurifer.tax/news/future-of-vat-in-the-eu/?lid=482&p=22). The GCC however never implemented the ESS. It is therefore missing an important instrument to integrate all GCC members under a single comprehensive regional VAT framework.

After almost 5 years, it’s worth taking a step back and looking at what occurred.

6 countries to implement, only 4 did

The GCC consists of six countries, Saudi Arabia, the UAE, Bahrain, Oman, Kuwait and Qatar. All countries were supposed to introduce VAT in a short span of time. The UAE and KSA did so on 1 January 2018, Bahrain on 1 January 2019, and Oman on 16 April 2021. For Qatar, rumours ebb and flow on an implementation of VAT after the World Cup, but officials are tight lipped. In terms of Kuwait, a new government is not likely to put this on the table – at least, in the near future.

The intention to implement almost simultaneously was taken with the idea of avoiding arbitrage – considering the geographical proximity between the states – and potential issues with fraud.

5% was supposed to be the rate

The increases were implemented for the same reason, as the tax was implemented for in the first place, i.e. fiscal stability. The implementation came off the back of a protracted period of running deficits for many Gulf countries. There is currently a bounce back, but how long it will take is unclear, and therefore hard to predict whether it will impact fiscal policy in the short run.

Saudi Arabia, by way of its Finance Minister, had already stated in 2021 that it would consider revising the VAT rate downwards after the pandemic. If it will happen, it will happen soon.

It’s safe to say the other GCC countries could still revise the rate upwards or downwards, depending on their specific fiscal situation.

Interestingly, the increase of the VAT rate to 15% also spawned a new tax in KSA, the Real Estate Transfer Tax (“RETT”). This new tax in KSA aimed to solve the issue of unregistered sellers, and reduce the taxes on real estate sales. Since its introduction, the RETT legislation has been amended multiple times.

The GCC countries were supposed to have numerical VAT numbers, Oman didn’t follow

In the framework of the GCC, the idea was floated to have numbers as VAT numbers. Hence, the UAE has a 1 before the number, Bahrain a 2 and Saudi a 3. Oman however choose letters and put “OM” before the number.

In the EU, VAT numbers are also composed of letters and numbers. Two letters make up the first two symbols of the VAT number and refer to a country, e.g. “LU” refers to Luxembourg (see https://taxation-customs.ec.europa.eu/vat-identification-numbers_en).

Zero rates for services are perceived a complication

5 years in, the application to zero-rate VAT on exported services, i.e., services provided to recipients outside of the GCC, remains complicated for businesses to apply and inconsistent between the GCC member states.

Although the GCC VAT Agreement for place of supply purposes looks like the EU VAT directive, from the outset, each GCC member state chose different approaches towards the place of supply of services.

B2B services were not simply located in the country of the recipient, as they are in the EU since 2010, and as is recommended by the OECD in its VAT/GST Guidelines on B2B services.

Based on an interpretation of article 34(1)(c) of the GCC VAT Agreement as laying down the rule, and including a benefit test, GCC countries have embarked on a conservative and selective interpretation of the zero rate on supplies made from a GCC country to abroad.

That conservative interpretation is not necessarily mirrored when those services are received, as there is no benefit test required there.

The rule is therefore applied unequal, and as shown by both the UAE and KSA, they felt the rule required amendments to the provision itself (https://www.linkedin.com/pulse/uae-considerably-restricts-application-vat-zero-rate-services-vanhee/). Those amendments, and ensuing clarifications have not necessarily led to more clarity.

Unfortunately, Bahrain and Oman went down the same road. A too conservative view of zero rates, can put a strain on foreign investments, as it is not easy to obtain refunds for foreign businesses (as amongst others the Saudi example shows).

As a matter of fact, disputes are common among businesses in the GCC over the VAT treatment of cross-border services due to the difference in the domestic legislation between the GCC member states and in the absence of the ESS.

The GCC VAT Framework Agreement allowed for broad policy options in the education sector, health sector, real estate sector and local transport sector. In addition, for the oil & gas sector zero rates were allowed to be implemented as well, and the financial sector could benefit from a deviating regime as well. Depending on the individual requirements and policies, the GCC Member States have implemented substantially different regimes.

None of the GCC countries so far have amended those policies in the aforementioned sectors. The UAE did move from a system where the B2B sales of diamonds was taxed, to a system where it is subject to a reverse charge as from 1 June 2018.

So far, in the region ZATCA has shown the most grit in terms of audits, and has lengths ahead of the other countries in terms of tax audits and disputes. KSA also had the best equipped tax authority in 2018 when VAT was introduced, although it did have to go through an organizational revamp. The UAE comes second, which is remarkable for a tax authority which only kicked off in 2017. It has been very much a rules and process based organization, which has a lot of positive effects, such as tax payers feeling treated in the same way. UAE auditors now often also give the opportunity to tax payers to voluntarily disclose their liabilities before closing the audit, which is a novely approach in the region.

The Bahraini and Omani tax authority, have been taking a more relaxed approach towards audits and disputes.

Having said the above, it’s all not all ‘sticks’ with the tax authorities. We have also observed in this 5 years, how the tax authorities, especially in KSA and the UAE, played a their role to alleviate tax from being a burden to businesses and encouraging tax compliance – a fairly new culture of this scale. The amnesty programmes, first introduced by the KSA in 2020 and again, recently paved the way on encouraging tax compliance for businesses. The UAE also introduced their amnesty programme this year with the same intention. Perhaps, this could be a temporary solution to gear the economy back on track post pandemic. On whether it will be the norm, is yet to be seen in the next coming years.

What the future will bring

An old-fashioned system was put in place, yet one that has proven its use in revenue collection. It also worked, given the substantial revenues gained from VAT.

The GCC did not opted to immediately adopt more modern, electronic systems as these exist elsewhere (e.g. since a long time in Brazil, but also China).

However, it was identified that E-invoicing was the way to go in the medium run. This is again trodding down a proven path. As often in the GCC, the UAE and KSA show the way. KSA has made E-invoicing mandatory. The UAE and Bahrain have already suggested they will do the same very soon.

No GCC countries have yet announced they will adopt real-time reporting. KSA may be the closest to a potential adoption, given that once phase 2 enters into force in 2023, ZATCA, the KSA tax authority will have access to substantial transactional data. It will allow it to pre-fill the VAT return, and potentially even in real time calculate the VAT.

We’ll see what the future will bring, and for sure in another five years matters will have evolved again drastically, given the pace of changes in the region.

Safe to say that the next 5 years will be equally exciting.