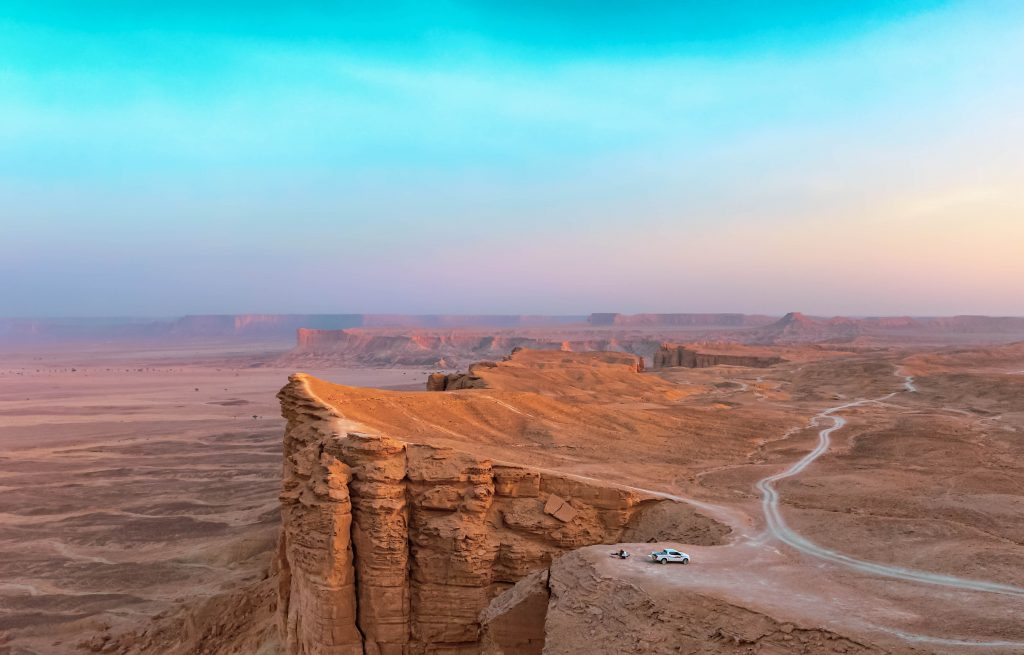 A state of play on tax litigation in KSA

In recent years, the Kingdom of Saudi Arabia (KSA) has gone through tremendous reforms, and tax and the Customs authorities were part of this. Going from Department of Zakat and Income Tax (DZIT) to the General Authority of Zakat and Tax (GAZT) to the Zakat, Tax and Customs Authority (ZATCA). The tax administration went from a Department to an Authority (important semantic difference), and merged with the Customs authority.

We are even leaving out smaller reforms here, such as the increase of the Zakat rate for financial institutions, and the implementation of a look through principle for Saudi businesses to determine whether they are subject to Zakat or Corporate Income Tax.

In the years to come, we still expect a reform of the Zakat system in favor of a generalized broad-based Corporate Income Tax system, a decrease in the standard VAT rate, an upskilling of the authority to catch fraudsters more effectively, and very likely, the implementation of Pillar I and II in KSA.

The reforms and the importance tax has taken in the Kingdom, has lead to boardroom unrest. This is perfectly illustrated by the publicised tax assessments of Careem and Fetchr. The assessments are seen as at odds with the favourable business climate Saudi wishes to create. Fetchr is likely to be liquidated, and Careem is facing a tax bill exceeding $100 Million.

KSA is an interesting country for Foreign Direct Investment, but the authority may run the risk of being perceived as lacking in providing the legal certainty which taxpayers yearn for. Taxpayers sometimes remind the authority that tax does not drive the business. Business drives the business. This has led to an exponential increase in litigation with the authority. With the merging of the authorities, we expect Customs litigation to be following the same pattern going forward, similar to litigation on VAT, Corporate Income Tax and Zakat.

In this article, we have a closer look at these disputes.

Within ZATCA, there are 3 separate departments that are potentially involved with any tax dispute.

Any matters concerning disputes between taxpayers and the Authority can be litigated with ZATCA, and can be ultimately ruled over by the GSZTCC. In other words, the disputes can concern VAT, RETT, Excise Tax, Zakat, Corporate Income tax, Withholding Tax, and penalties imposed by the ZATCA.

When looking at the statistics, as of September 2021, the grand majority of the cases brought before the committees concerned Zakat and VAT. Together, they make up approximately 87% of all cases.

Typically, under all stages of the litigation, the plaintiff (taxpayer) will assert that ZATCA’s assessment, penalty or rejection of the objection is unwarranted.. In all stages, the burden of proof lies on the taxpayer in his capacity as the plaintiff/appellant. A different scenario occurs when ZATCA successfully appeals the decision of the preliminary committee as the GSZTCC, where it assumes the burden in proving that the first instance committee members inadequately applied the law.

A taxpayer always has the right to dispute a matter upon disagreement with ZATCA. There is no set of legally defined generally applicable principles for the taxpayer and the tax authority in the Saudi legal framework.

Therefore, the general principles would apply, such a nemo censetur legem, no taxation without representation, in dubio contra fiscum …

The process is somewhat shaped by Sharia law principles which would require justice and fair treatment for all. Other Sharia principles refer to applicably of punitive actions in absence of fault and the extent of taxpayers’ obligations in contrast with the possibility to effectuate such obligations.

In practice, the tax authority adopts an assertive approach, issuing assessments sometimes contrary to its own legislation and guidance, and suggests a taxpayer follows his course with the designated litigation procedure.

There is no official procedure for settlements with ZATCA. There is the Internal Disputes Settlement Committee, which has no apparent independence from the tax authority, and may therefore not necessarily adopt an objective view despite its presumed individuality from the assessment and objection teams. A significant compromise by the taxpayer is also expected to be presented to the IDSC to accept the settlement request and proceed with negotiations.

The extensions generally apply when a taxpayer does not submit a return, or submits an incomplete return with the intention to evade taxes. Tax evasion in this context is often interpreted broadly by ZATCA.

ZATCA will usually issue a preliminary assessment, leaving some room for discussions with the taxpayer, before it issues a final assessment. Some informal communications via email will take place, where the Authority will often collect numerous documents. As granted by the law, the Authority retains the power to demand any documents it deemes necessary. Some in-person meetings may also be held with larger taxpayers prior to finalizing the assessment.

After the issuance of the final assessment, the taxpayer has 60 days to object against the assessment. ZATCA has recently also started to exercise its discretionary power granted by the law which allows it to mandate the payment in full of the disputed tax and penalties, or the provision of a bank guarantee, before the taxpayer can proceed.

Alternatively, if the taxpayer is unsuccessful in his objection, he has the option to request for a settlement or submit his case to the GSZTCC. He needs to do both within 30 days of the issuance of the decision by the Objections department. However, both avenues cannot be perused simultaneously and hence, while the settlement is running with the Internal Settlement Dispute Committee, the case with the GSTZCC is put on hold.

While resorting to the IDSC is theoretically a good approach, given that the settlement is ruled over and presided by ZATCA, the chances that the taxpayer will have a favorable outcome are on average limited. The GSTZCC case becomes active again, after the ISDC rules on the case, and the taxpayer is unhappy with the results.

The GSTZCC is really the first instance of an independent review of the case, by expert judges. Often an expert is additionally appointed in the proceedings to deliver a report. Several exchanges of memorandum are made until the committee is satisfied with the amount of information and can rule on the case. Subsequently, hearings are conducted virtually or in person. Finally, a decision is made which can be appealed against by any party within 30 days. The decision of the appellant committee is construed to be final and non-contestable by any other judicial authority.

At the primary level of the GSTZCC, only 11% of taxpayer grievances are accepted. In two thirds of the cases, the grievance of the taxpayer is refused on procedural or substantive grounds. When the case goes to the appellate level, in 50% of the cases, the appeal is not granted on substantive grounds. These statistics, coupled with the associated financial costs and time expenditure, shape a taxpayer’s options and therefore his strategy.

Contrary to the other GCC States, where the publication of case law is spotty, the GSTZCC publishes some of the cases on a relatively regular basis. Compared to the UAE, where the TDRC cases are not published, this is a stark difference.

While they do not have precedent value, it is interesting to examine a number of these, and interestingly enough, they do side with the taxpayer on a number of occasions, underscoring their independence. The ratios of these cases can however be persuasive for subsequent litigants as the authority themselves sometime refer to previous GSTZCC principles in the pleadings.

Considering the recent growth in the volume of ZATCA’s audits, the number of disputes is bound to increase substantially. This heavily neglected aspect is now on the verge of being one of the most vital areas of the Saudi Tax and Legal framework.

There are ways to avoid conflict, such as the use of advanced tax rulings, which is unfortunately not used sufficiently. Informal agreements with ZATCA have unfortunately also not resisted the test of time.

The taxpayer can seek consolation in the fact that the GSTZCC is relatively independent, and therefore, unfortunately after spending an vast amount of resources, may actually prevail. However, as numbers show, in practice, the tax authority still wins more often.